I’m a big lover of the Lomography Lomochrome Purple film (since purple is my favourite colour!) and have really liked the results in other cameras I’ve used it in.

I therefore wanted to try it out in my Olympus Pen FT camera. I already knew from trying out the film previously that it worked well with landscapes.

I therefore visited Seven Sisters Country Park in Eastbourne to take some landscape photos and here are some of the results: 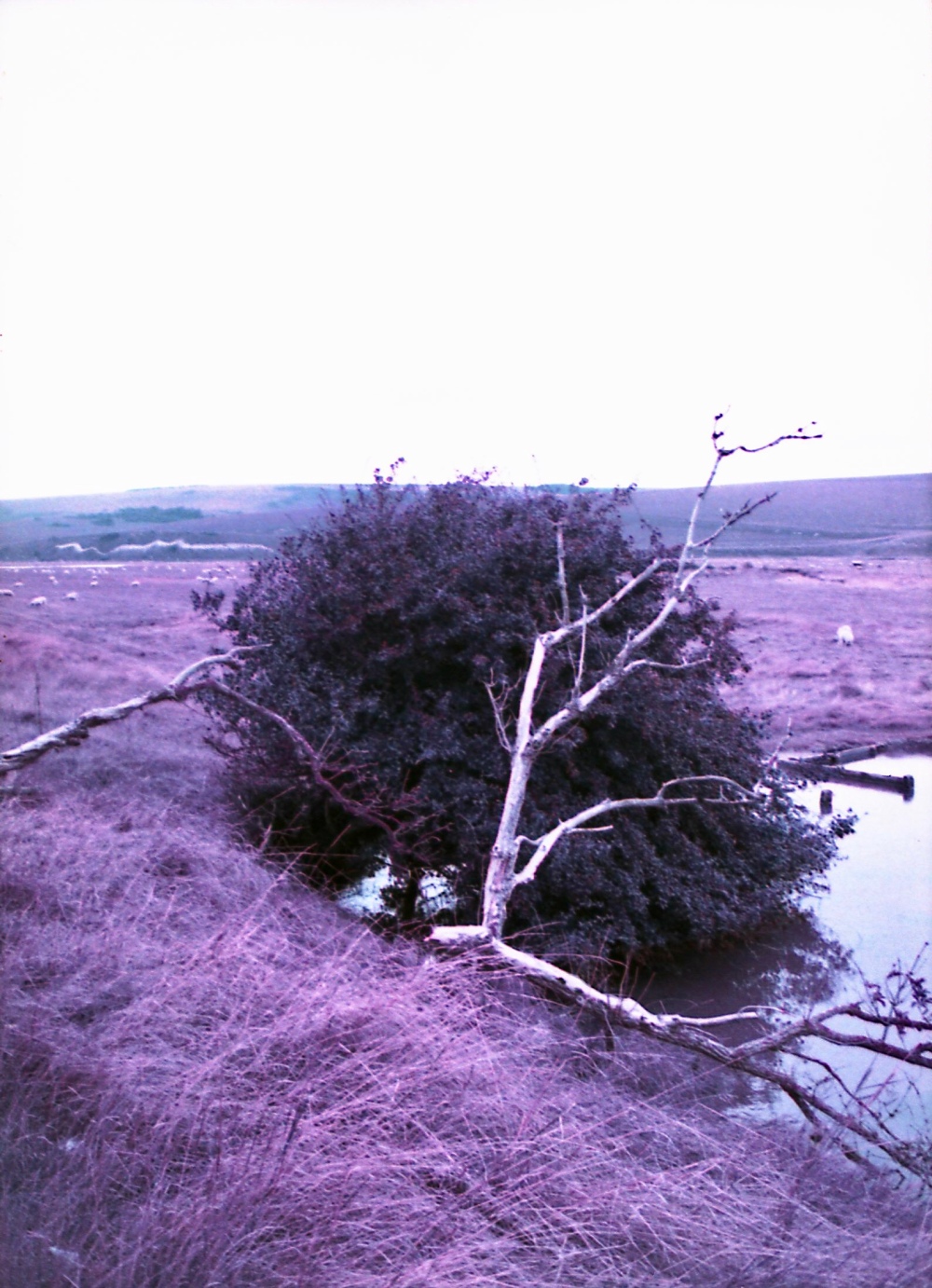 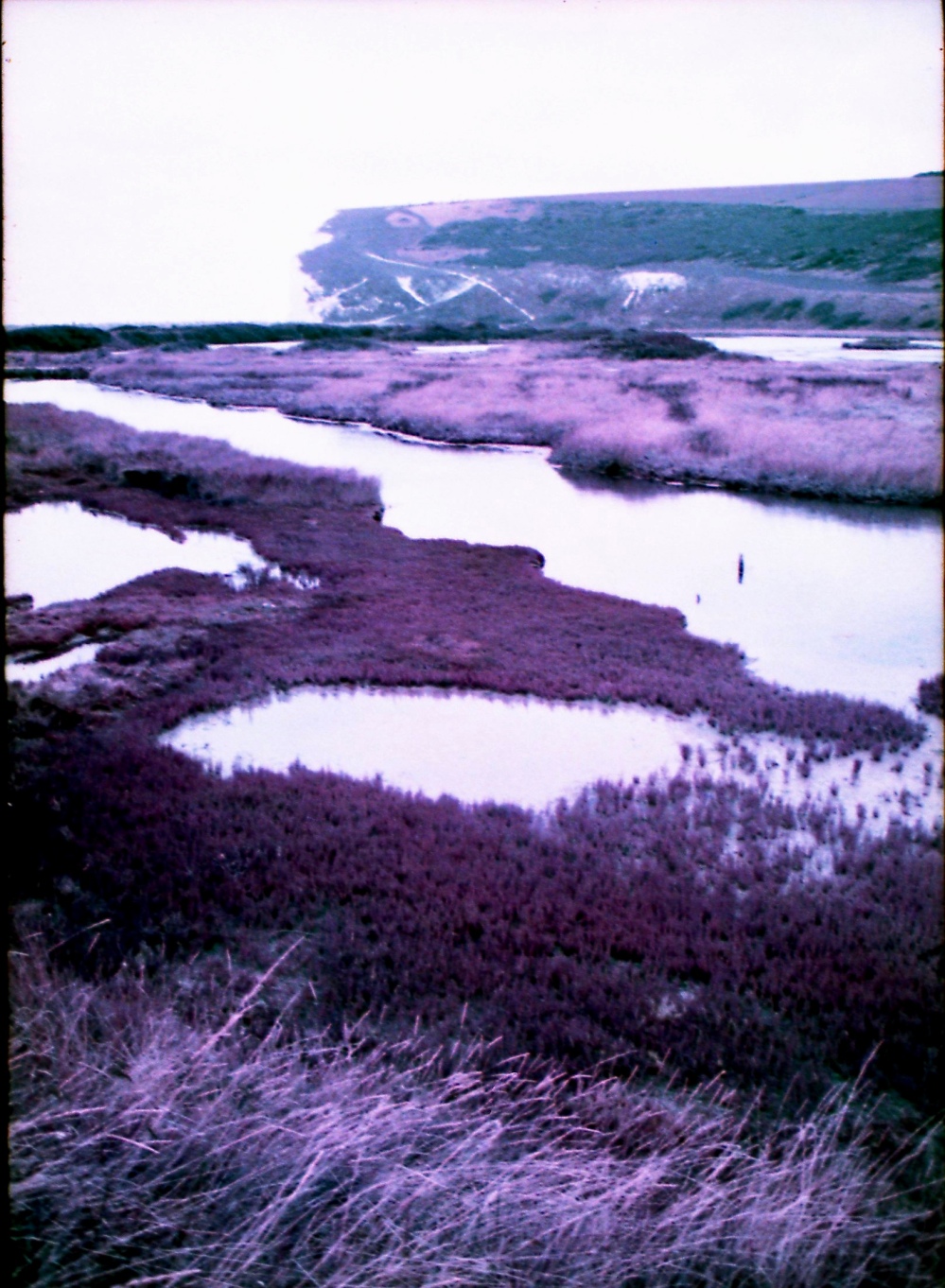 I was really happy with the results of the film with the landscape and I managed to achieve the cool purple effect I was after. I wasn’t sure how the pictures of the sheep would turn out but I was pleased with those photos too.

Since the half frame camera has twice as many photos to shoot, I didn’t manage to use up the film whilst at Seven Sisters.

I therefore headed to Brighton Marina and took some more pictures using my 25mm Zuiko lens and also my 150mm Zuiko telephoto lens and here are some of the results: 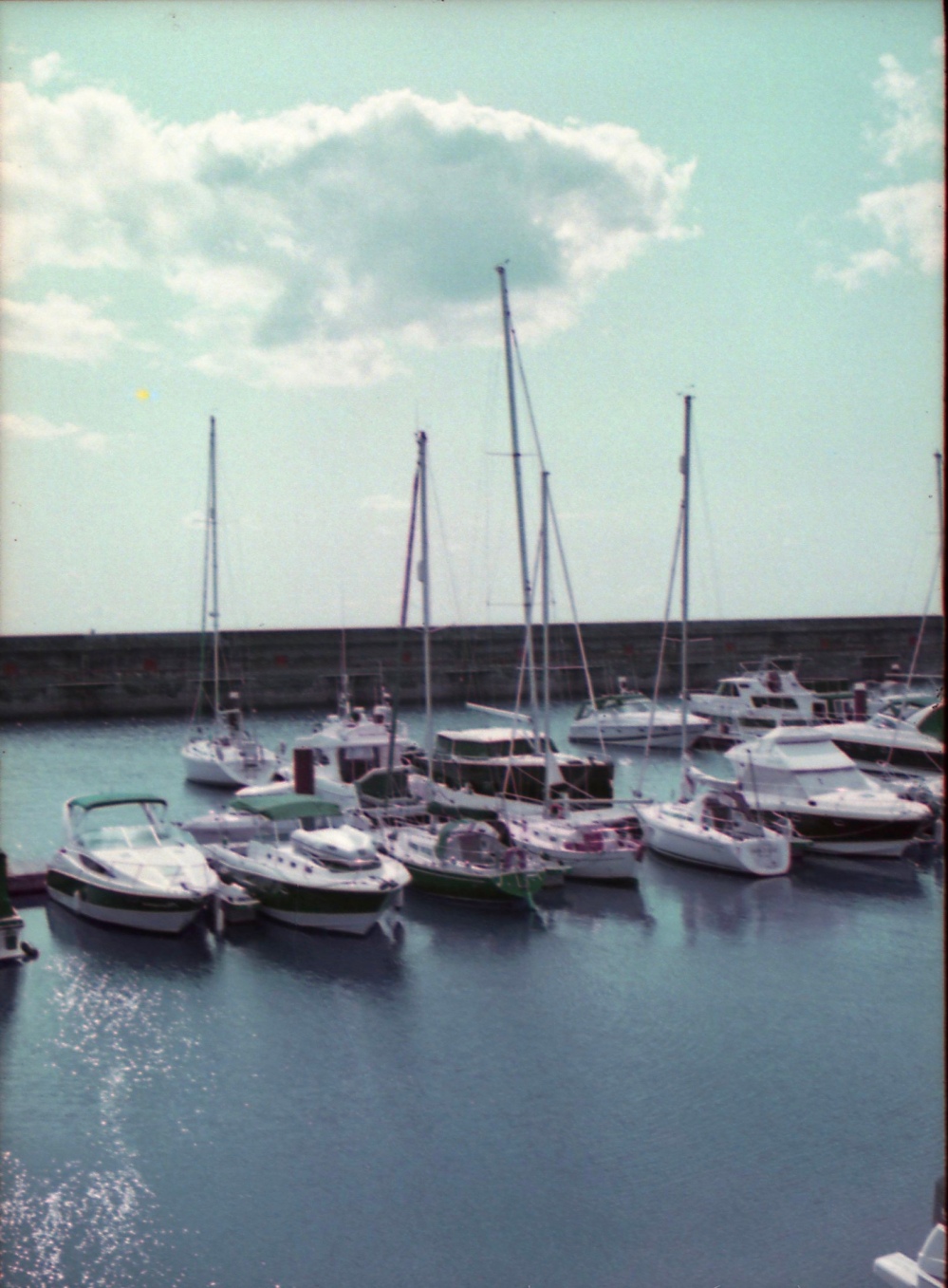 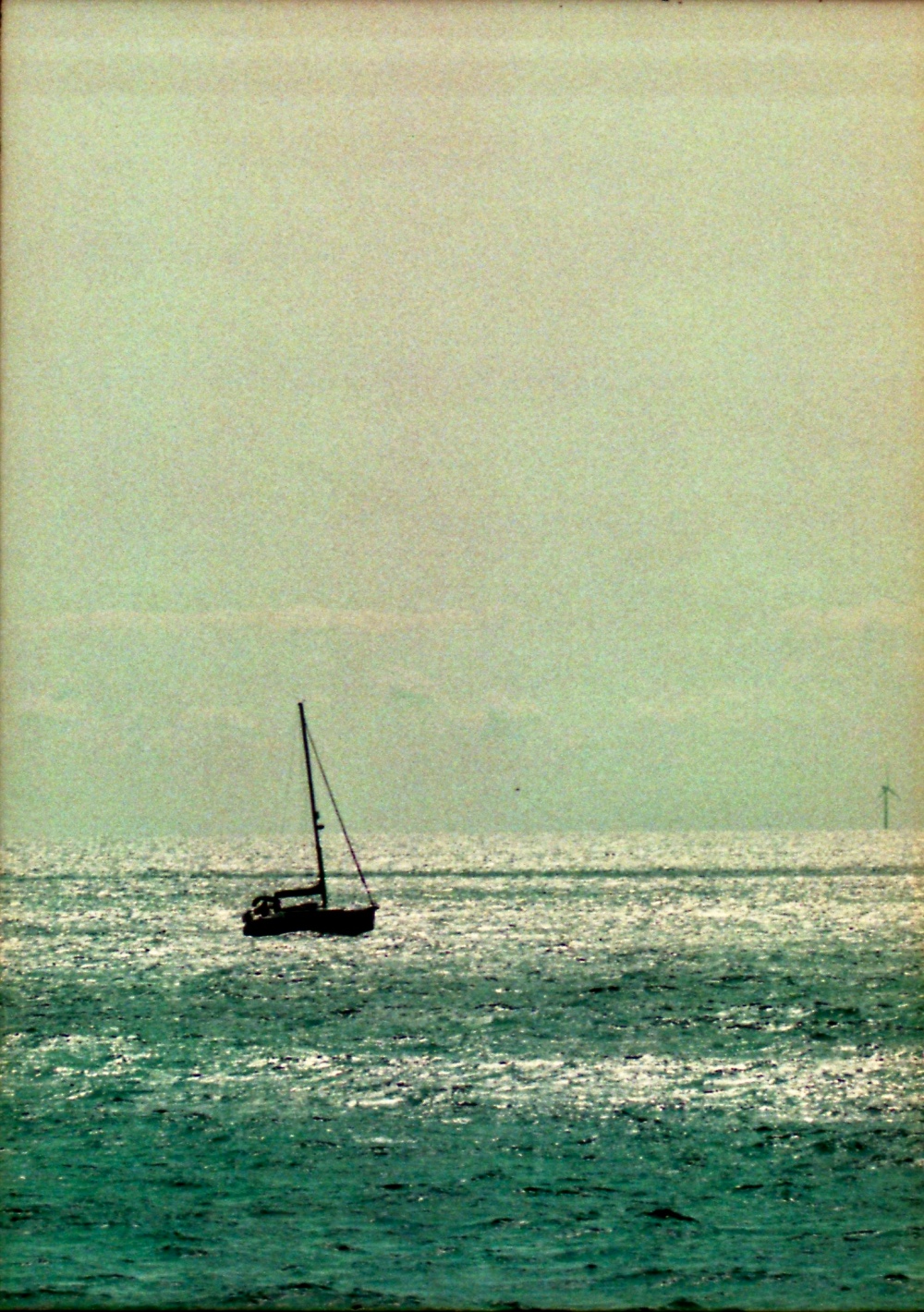 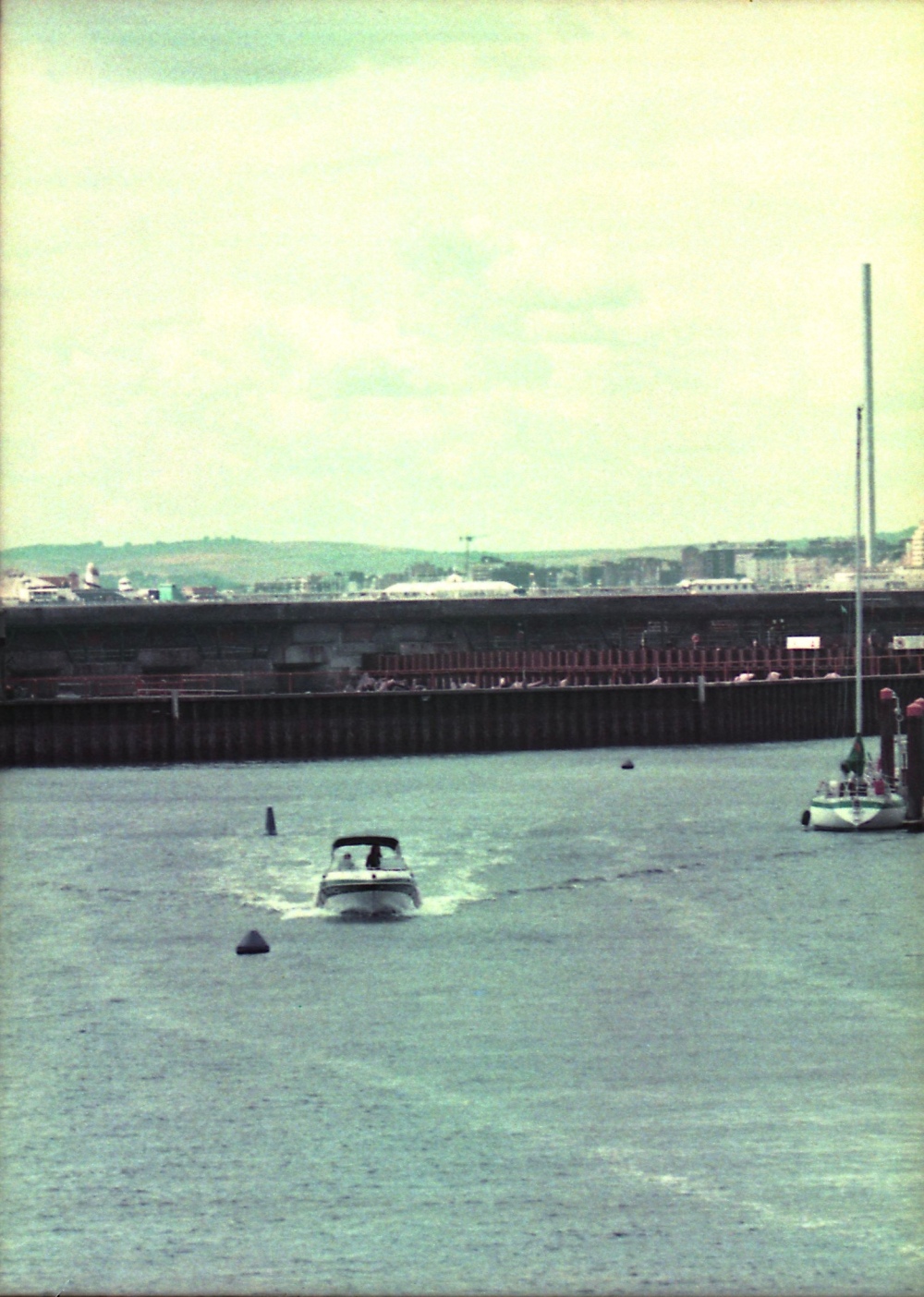 You’ll see that the film wasn’t nearly as effective as it had been on the landscape shots. I did feel the photos taken at the marina had a vintage feel to them and there is clearly a hint of purple and a lot of the blues on the boats have turned into a green colour.

I also took a couple of photos of the cliffs nearby: 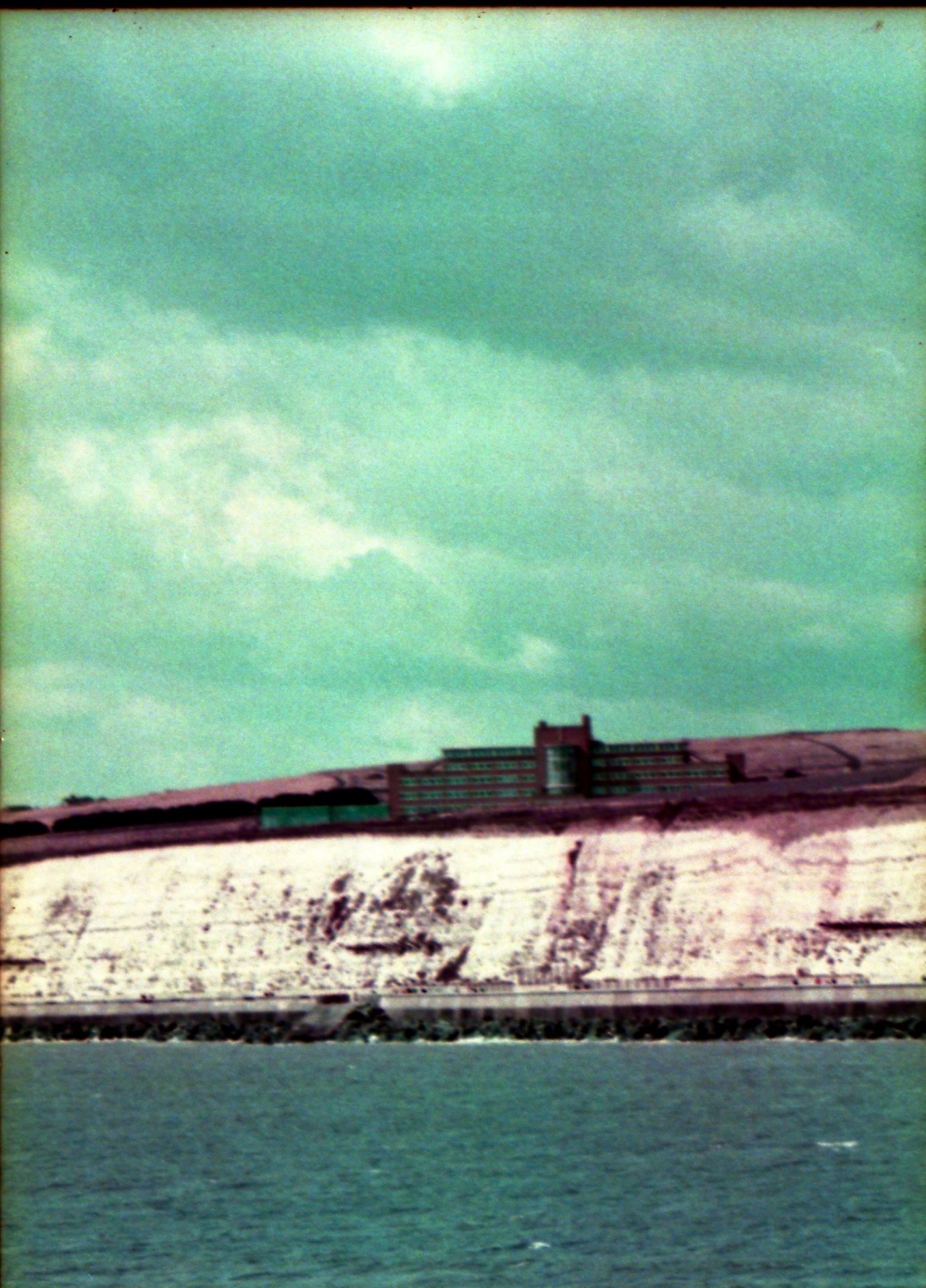 Again, the purple was only really effective on the green parts of the landscape but I did like the effect the film had on the blues of the sky and sea.

I still had a couple more shots of film left to use up (72 exposures goes a long way!), so I decided to head to my local cemetery in Hove and here are some of the results: 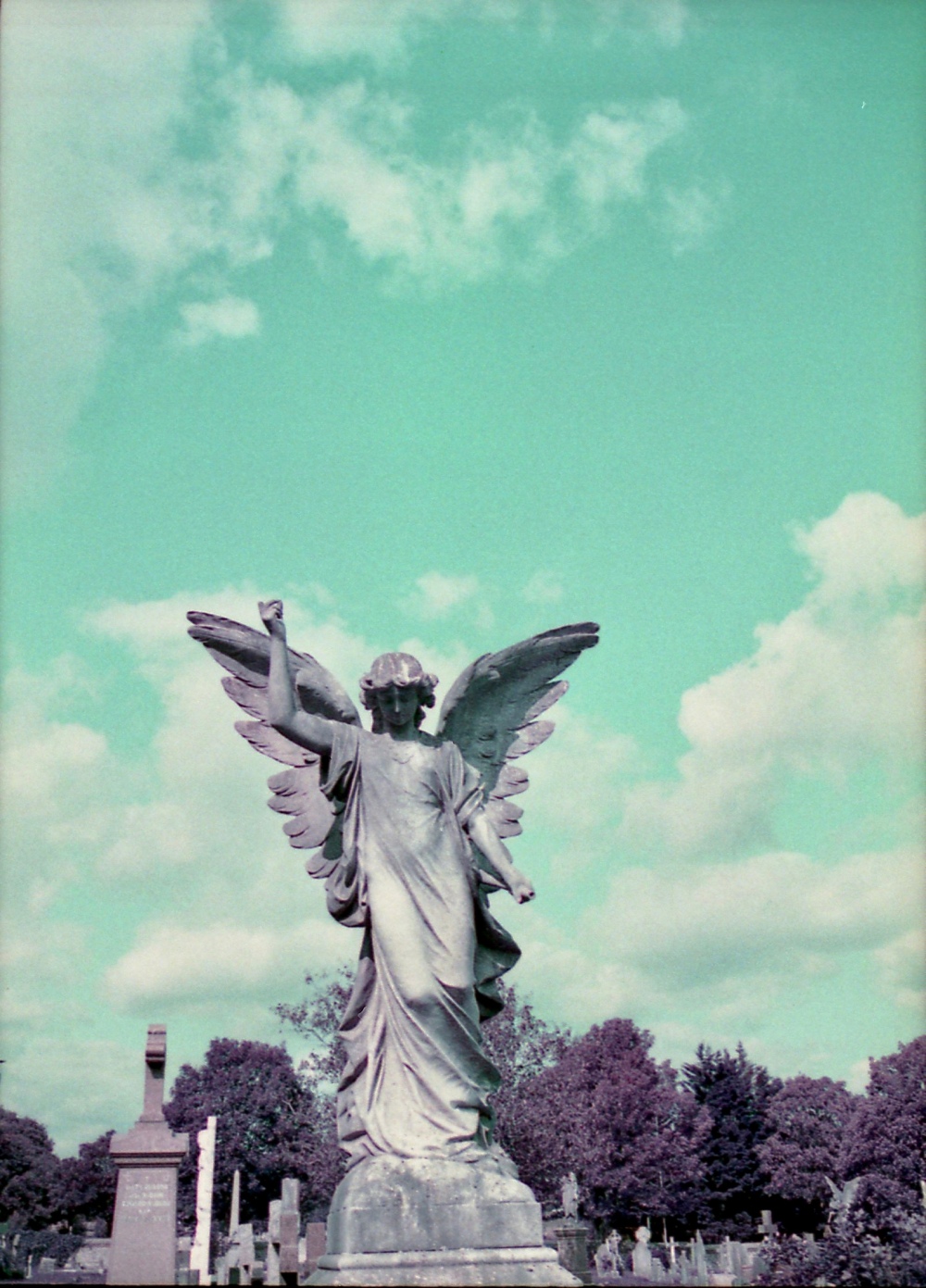 I was really pleased with the results of these photos too. I got the purple effect I was after along with a nice contrast of turquoise sky in some of them.

I know I’ll definitely be using this film again when taking landscape shots as I absolutely love the colours it produces.