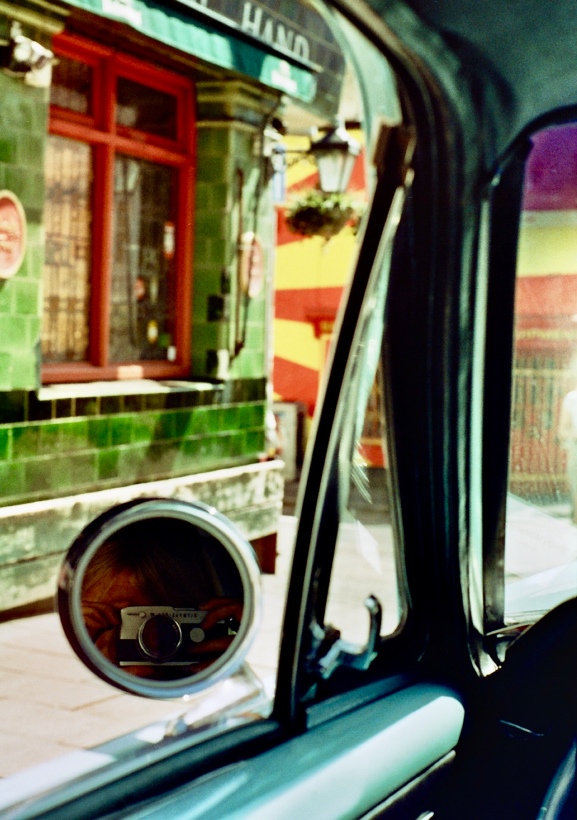 I am writing this blog especially for Marcus (marcusterrypeddle) who recently read an interview I did with Melvin Mapa and a photo that was featured in the interview appears to have never been blogged about by myself!

I am first of all surprised I never did but I’ve looked through my blogs and cannot find any mention of when I used this film. Perhaps I just forgot at the time as I had a really busy summer in 2018 taking lots of photos.

These photos were taken on my Olympus Pen FT when I first only had one lens for it which was the Zuiko 40mm f 1.4

I visited a classic car show in Stanmer Park along with my friend and we travelled there in her 1965 Mustang.

I was really pleased with how they had turned out and I was happy that I had chosen the Cinestill 50D Film.

However, I remember at the time feeling frustrated that I only had the 40mm lens as I felt this restricted the amount of car I could really get into each photo. I therefore improvised and did some close up shots of the cars and some of their interiors. I also stood as far back as possible where I was able to, so I could try to fit a whole car into the photo.

It wasn’t long after this that I invested in some other size Zuiko lenses for the camera and I certainly haven’t regretted doing that.