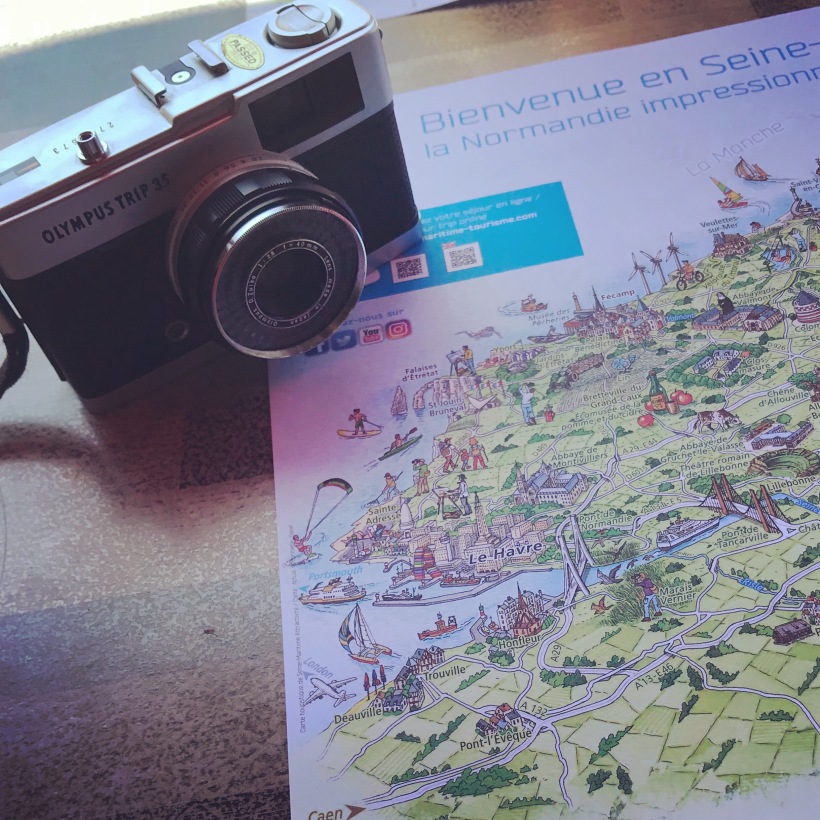 Back in June I visited Le Havre for a holiday where my husband and I travelled across on our boat from Brighton. The journey took us approximately 4 and a half hours which was fairly quick and the sea was lovely and calm during our travel.

Whilst walking around Le Havre, I decided the Olympus Trip would be a perfect, compact film camera to take around with me.

I also decided to try out the Hillvale Holiday 35mm film which has an ISO of 200 and came all the way from Australia:

I had received this film in the Emulsive Secret Santa that I took part in last December and I had been waiting to use it whilst away on holiday somewhere sunny this year.

I initially took some photos around the harbour where we were staying:

We had travelled here for a music festival which happened at the weekend although we decided to spend a whole week in Le Havre.

One of our friends wanted to come to the music festival too but due to work commitments, could only make the weekend part so she travelled over from Brighton on a ferry then stayed on our boat with us for a few days whilst the festival was on. Here is a photo I took of her enjoying the sunshine:

I didn’t take many photos of the architecture since most of the original buildings were unfortunately destroyed during the bombings in early September 1944. This meant Le Havre had a lot of buildings re-built in the 1950s/60s so the whole place had a post modern feel.

I also had time to visit one of the beautiful gardens in Le Havre where I took some photos:

Using this type of film camera for a holiday, really brought back memories of the feel of my holiday photos that were taken back in the 80s/90s.