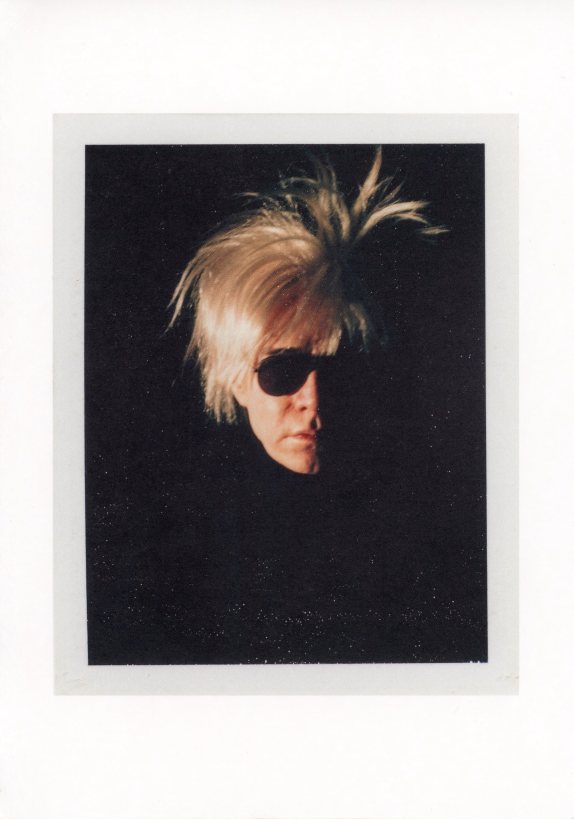 On Friday evening I went to the opening of the Andy Warhol Polaroid Pictures exhibition at the Bastian Gallery in London.

Since I’m a huge fan of Polaroid photography, I was really looking forward to seeing this exhibition and after a chat with the staff running the exhibition, I was really happy that I was allowed to go to the private viewing on 1st February before it officially opened to the public on Saturday 2nd February.

There were over 60 portrait and self portrait Polaroid photographs on display that had been taken by Andy Warhol. Some of these photos had never been shown before so that was quite exciting.

The photos were taken in New York in the 1970s and 80s. There were a variety of people in the photos from artists, actors, politicians and friends of the Factory group.

I was hoping to see some photos that Andy may have taken on a Polaroid SX-70 (my personal favourite Polaroid Camera) but judging by the size of the photos, I think they were mainly taken on a Big Shot camera which was created by Polaroid for portrait use only. For anybody not familiar with this camera, it’s quite a simple design with an integrated flash, viewfinder and fixed focusing. These types of Polaroid cameras use the peel-apart style film, which was certainly more widely available back then.

What I also loved was the fact there was a huge Self-Portrait of Andy Warhol from 1979 which measured 81.3 x 55.9 cm so I think this must have been taken on one of those large instant polaroid cameras. I had watched a documentary about these large cameras on Netflix which was about Elsa Dorfman who used them a lot in her work so it was great to see one of these photos up close.

The opening night was extremely busy and had a great buzz which I really enjoyed.

I also managed to speak to the owner of the gallery, Aeneas Bastian and asked him about some Polaroid photos I could see on display downstairs (this area was closed off from the official exhibition). He explained to me that Andy Warhol was a family friend and had taken some personal polaroid photos of his family and that was what was on display downstairs but since they were private to him, he didn’t feel the need to have them officially shown in the public display which I completely understood. I think these photos may have caused some confusion in the exhibition if they had been shown alongside the the other photos of well known people.

There were a lot of great photos but here are some of my personal favourites….I apologise for the bad quality but the opening night was extremely busy and it’s quite a small gallery so I had to try and take photos around many people. I also didn’t manage to get a photo of the large polaroid of Andy Warhol since there were too many people constantly standing in front of it and admiring it which was nice to see.

I would highly recommend visiting the exhibition if you’re around in London over the next few months. Below are details of the exhibition dates and the address of where the gallery is in London: