Whilst getting some photos developed in my local lab, I bought some Polaroid 600 colour film from them as I was keen to see how the photos would look when taken with my (new to me) vintage Polaroid 600 camera.

This was the first photo I took:

As you can see the photo has streak marks on it and my initial reaction was that there was possibly something wrong with my camera (since I had bought it in good faith on eBay). I also wondered if it was because it had been taken indoors.

I decided to take some more photos outside: 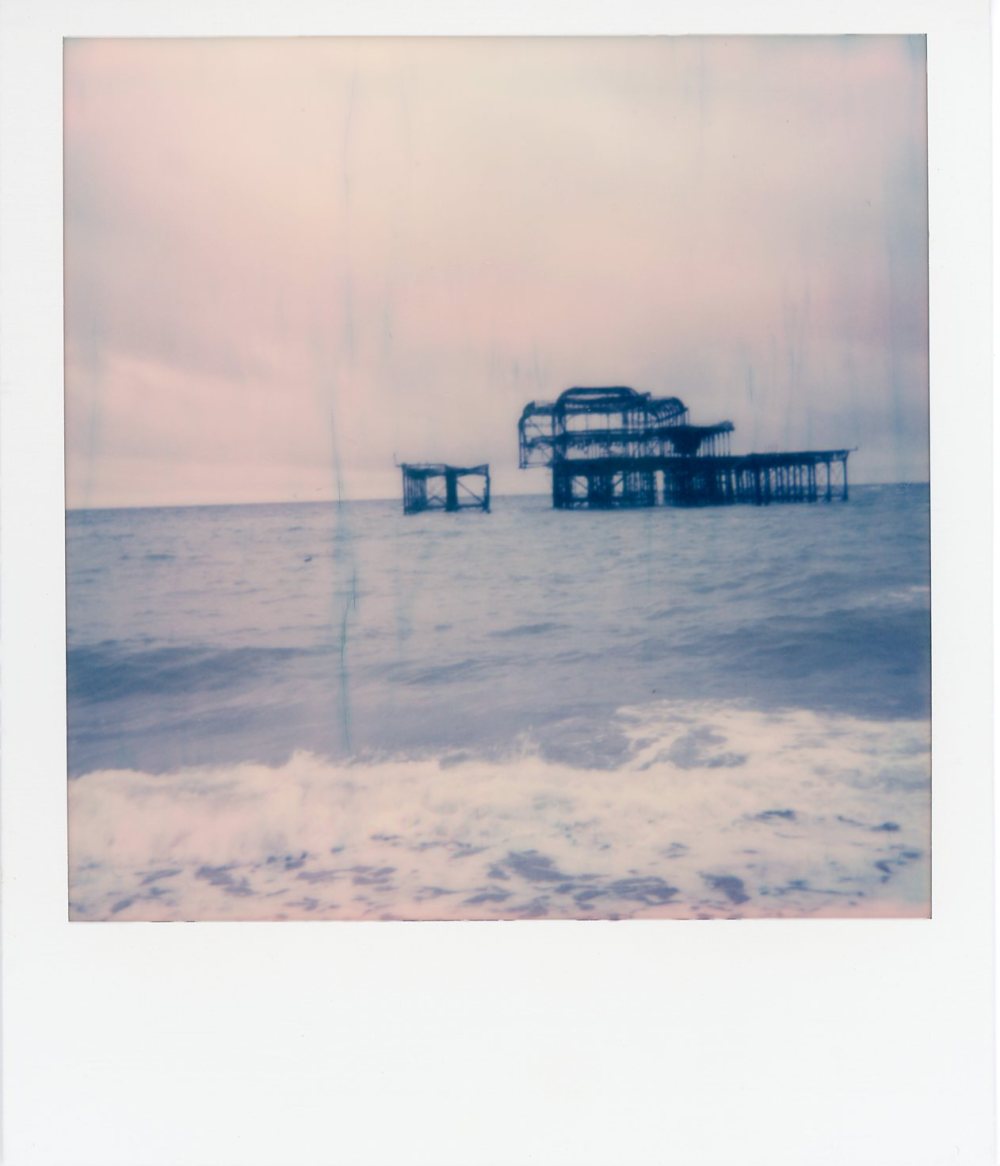 Yet again, more streaks! At this point I wondered was it my camera or was it the film? I struggled to believe it was the film because I had bought it recently from a reputable camera shop in Brighton and not on eBay.

I was reluctant to put some more film in the camera in case it was the camera that was the issue so didn’t want to waste another £18.99.

I therefore decided the best thing to do was contact Polaroid Originals and submit copies of these images and ask their opinion on what they thought the issue was.

I was surprised to get such a quick response within 15 minutes of my initial email explaining to me that they thought the film was at fault. They asked me for the serial number of the film (which is on the back at the bottom of each photo) and upon further investigation they confirmed to me that this film was manufactured by them in January 2018 but the reason for the streaks was most likely incorrect storage and the fact the film was several months old.

I’ve read in the past that the new Polaroid film can have issues with developing correctly but as time progresses and further research is carried out by Polaroid Originals, I think the film quality is improving.

I was relieved to know it wasn’t the camera that was the issue so armed with this information I went back to my local shop to let them know in case they still had any of this particular batch of film left. They informed me that it had all since been sold so I pre-warned them that they may get some other customers coming back to them confirming the same issues with the film.

Whilst I don’t doubt that my local cameral shop had stored the film correctly, I can only put the issue down to the fact that we recently had a mini heatwave in Brighton and perhaps the heat had affected the film whilst on their shelf or if refrigerated and only recently put out after the heatwave, perhaps it was just a dodgy batch of film supplied to them (we’ll never know).

I didn’t expect a refund as quite frankly I had used up all the film, plus the owner of the shop wasn’t there so I understood that an employee may not be in a position to make a decision on whether they were able to do this.

However, whilst I’m extremely pro supporting local businesses, in this instance, I think I’ll be buying a majority of my polaroid film direct from Polaroid Originals.

There is no difference in cost of the film (except for added postage and also the film is discounted if bought in bulk) and Polaroid Originals assured me that if I ever receive a pack of film I’m unhappy with from them, they’ll either provide me with a replacement pack or a complete refund. For this reason I’m happy to pay a few extra pounds for postage.

I’ve since purchased some colour and black and white film from Polaroid Originals which arrived within a few days of ordering and can see that the film has been freshly manufactured in July which is encouraging.

I’ve been extremely impressed with Polaroid Originals as a company. Their customer service is great and I would highly recommend anybody to contact them if they ever have an issue with their Polaroid Camera or film as they are really helpful.

On a final note, for all this particular films faults, I have to admit that I do really like the effect of the middle picture of the West Pier in Brighton as I feel the streaks give the photo an atmospheric, horror look. I think this works quite well with the decaying pier.

One thought on “Streaky Polaroid 600 Film”