One major part of my journey into film photography is discovering the types of film available and how they produce different types of photos etc.

Whilst using various Lomography cameras and their 35mm and 120mm films, I came across a 110mm film that they also sell.

When I saw the small plastic cartridge that the film came in I instantly had flashbacks from my child hood of using rectangular style cameras that used 110 film.

Lomography produce a Fisheye Baby camera which uses this film. However, I wanted to buy a vintage camera which was originally using 110 film.

After much research and a great deal of choice, I was drawn towards the Pentax Auto 110 Camera.

The main reason for this was first of all, it is a Pentax and I absolutely love this brand of camera and my Pentax K1000 35mm SLR camera. The second reason is that it is an SLR with interchangeable lenses.

The camera was produced by Asahi Optical Company from 1978 until 1985. It is very small and initially produced three types of lenses:

After 1980, a further three lenses were made available to this camera:

There are tripod and cable release sockets. The camera has through lens focusing with a split image focusing aid in the centre and I would say the viewfinder is quite bright.

The film advance lever is in the usual place at the top right hand side of the camera and it needs two strokes to advance the film and cock the shutter.

The camera requires 2 x SR44 1.55 V Silver Oxide batteries to enable the light sensor to work. These batteries are loaded into a battery holder which is placed inside the camera, next door to where the film is loaded. I picked up a pack of 5 Camelion batteries on eBay for £3.29.

The price of these camera’s varies. I’ve seen some on eBay for as little as £8-£20 for just the camera with one lens ‘untested’ which understandably can put buyers off. I’ve also seen some for sale fully boxed in great condition from £80 to over £100 on eBay and second hand camera websites.

There is also a flash attachment as well as a battery powered automatic winder attachment.

I ended up purchasing my camera from West Yorkshire Cameras for £49.00. The camera was fully boxed and ‘back in the day’ it would have been referred to as a Major Component Set. This set consists of the camera body, 18mm lens, 24mm lens, 50mm lens, flash, winder, strap and soft cases for the camera and flash.

The condition was very good, but what West Yorkshire Camera’s hadn’t mentioned in their description and photos of the item was the fact that it also came with the UV, Skylight filters and rubber lens hoods which was an unexpected bonus. Although I do wish West Yorkshire Camera’s had noted this because in my haste, I also bought some filters from Japan for around £7 (with postage) before the camera arrived.

I was really happy with the condition of the camera and lenses. The only disappointment was the camera case which is beyond use because the leather has really flaked off and continues to flake off, making a mess everywhere (including in the box). Thankfully the lenses had caps on them so they didn’t get covered in this black mess. I think it’s a rare find to have a case in immaculate condition as the ones with cases I’ve seen so far for sale, all seem to have the same problem.

One other slight problem which I’ve since read is quite a common occurrence on these cameras is that the plastic divider between the battery compartment and where the film is placed is quite weak. On initial inspection of the camera, this was all fine (so West Yorkshire Camera’s were not at fault here as they had described the camera in the condition it would have been at point of sale) but after I placed the new batteries inside the camera, this plastic literally fell apart (joys of vintage cameras) so the divider was no more. However, I could see that as long as I was careful when placing the film inside the camera and keeping the battery prongs out of the way, it shouldn’t affect the photos taken.

The 110 films that Lomography sell have 24 exposures and are extremely easy to load into the camera. Winding on and unloading are also extremely easy. The films cost around £6.90.

Here is a link online to the Lomography 110 films:

I initially loaded my camera with the Lomography Tiger 200 ISO colour film.

I found the camera extremely easy to use. I loved how little and subtle the camera was when taking photos (it would probably work quite well for street photography). The interchangeable lenses fit nicely into my sunglasses case so have great protection when out and about. It really is a camera you can use everyday since it hardly takes up any room in a handbag or you can just put it in your pocket. You can really quickly use up a roll of film as there isn’t much manual control so less time is spent taking a photo.

As with any vintage camera when trying it for the first time, there is always that element of  ‘does it work?’ and unlike digital I have to wait until I get the first roll developed before I know.

Here are some of the results of my first roll of film using all three lenses: 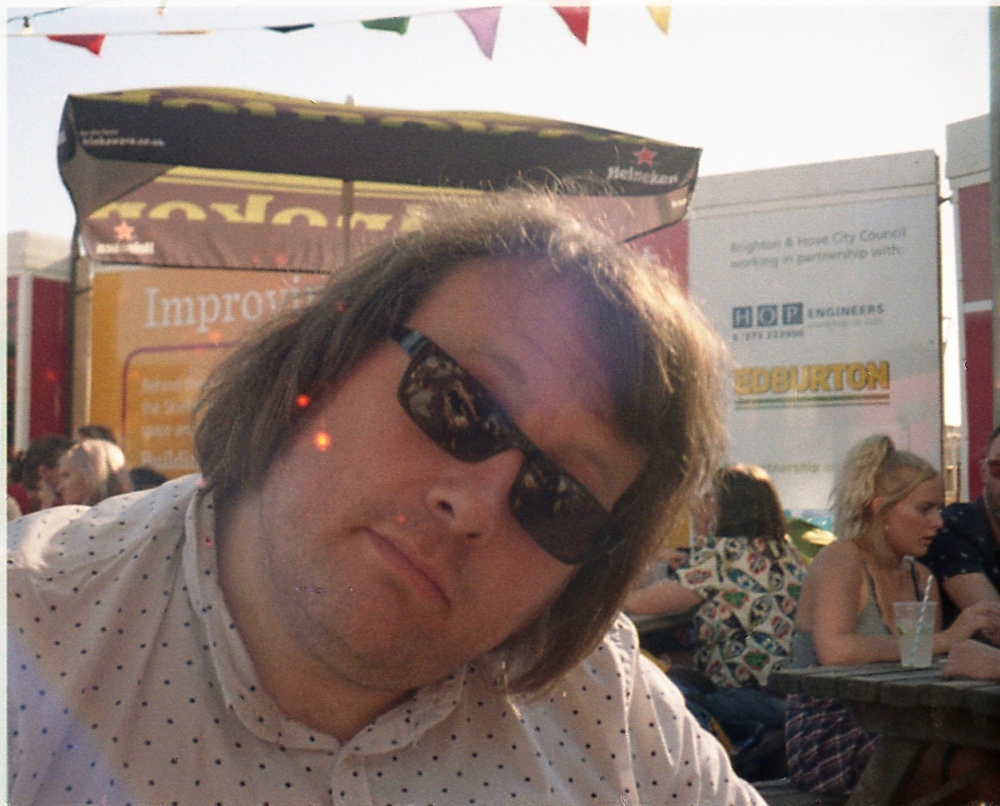 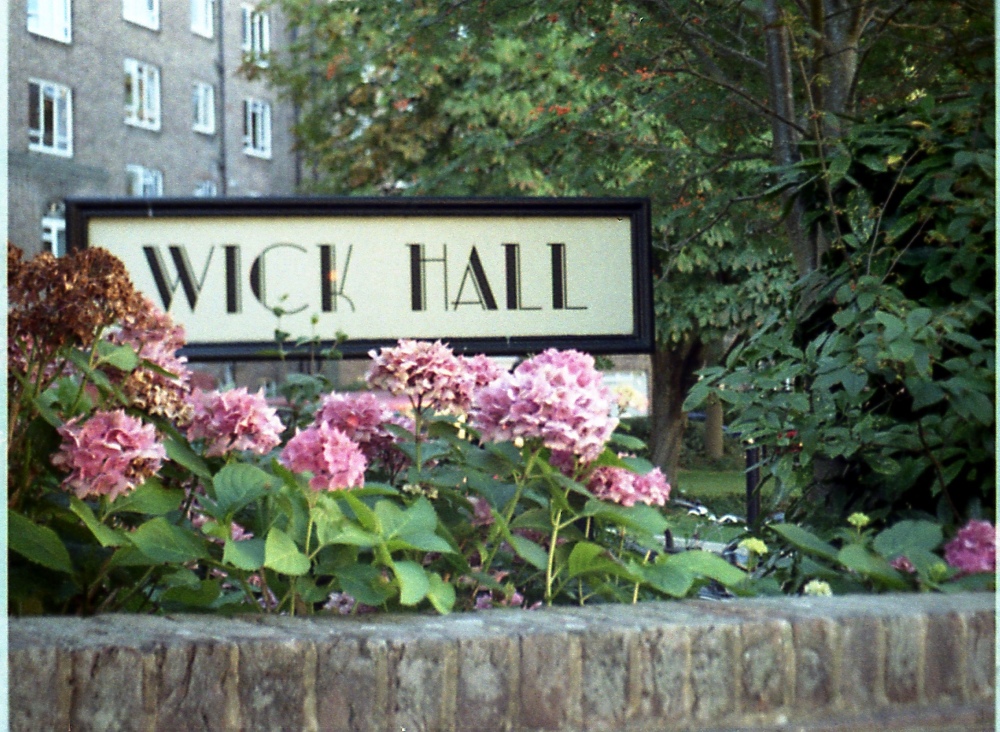 I wasn’t sure what to expect as the camera was so small so I did think how can it possibly take great photos plus the fact there is no manual control (except for focusing the lens).

However, I’m impressed with the quality of these images. For a little camera it certainly packs a punch!

I took all these shots in daylight hours since the film ISO is 200 and I’ve yet to try out taking photos using the flash.

Lomography also do three other types of 110 film (black and white, lobster redscale and peacock).

I luckily managed to purchase all of the above types of film so will be blogging the results when the films are used and I get them developed.

Frustratingly (as with most Lomography film) they seem to sell out of film very often and then you have to wait for it to be re-stocked. Currently the Lobster Redscale and Peacock film are out of stock online. Thankfully I had managed to buy some Redscale film before it sold out online. I was then lucky to be at the Lomography store in London last week where they had just had a new consignment of the Peacock film delivered so I bought a couple of rolls of that to experiment with too.

I’ve only given a brief overview of this camera (and I haven’t even mentioned the Auto 110 Super that was released in late 1982) so if you’d like to read some further detailed information, I recommend the following website which is dedicated to the Pentax Auto 110 camera:

Here is a link to the West Yorkshire Camera website if you’d like to see what vintage cameras / accessories they currently have for sale: