When I was a teenager, I was fortunate enough to have a friend who’s parents had a dark room in the basement of their house.

The enlarger was from around the 1960s and was all chrome and dome shaped which looked really cool.

The dryer was a rack with a cream canvas which was discoloured due to it’s age and the chemicals it had been covered with.

I have fond memories of spending hours down there with my friend developing black and white photographs we had taken. Her parents had shown her how it all worked and in turn, she taught me the developing process which I found great fun at the time.

Now I’m rediscovering film photography again, I really wanted to get back into a dark room to see how much I could remember of what I’d learnt many years ago and also if I still enjoyed the developing process.

I found an adult education course in black and white photography at Varndean College in Brighton which is for a 5 week period on a Thursday evening from 7pm – 9pm.

I attended my first lesson yesterday evening and absolutely loved it!

I was given the basic introduction to the dark room and aside from the enlarger and timer being a lot more modern version to the one I had previously used, I was surprised at how much I still remember from those days. The timer I would be using on this course was digital whereas I’d previously used a manual timer.

There was a massive clock on the wall so I was able to count the minutes for the developing process.

The dryer was also completely different as it was a roller version in which the photo was slotted in one end wet and came out the other end of the machine dry. The tutor informed me that they had to order the drying machine all the way from Japan as they were unable to get hold of one in the UK.

In this initial lesson it was assumed we hadn’t yet shot a 35mm black and white film (although I’ve actually shot several over the past few months) so we therefore created camera-less photograms using objects around us to get a feel of how the enlarger works and how we transfer the image onto paper which we then develop.

I had never done a camera-less photogram before so this was all very new and exciting to me. We also had an introduction to basic camera technique so I only managed to do two photos but I was extremely happy with the results which are shown below: 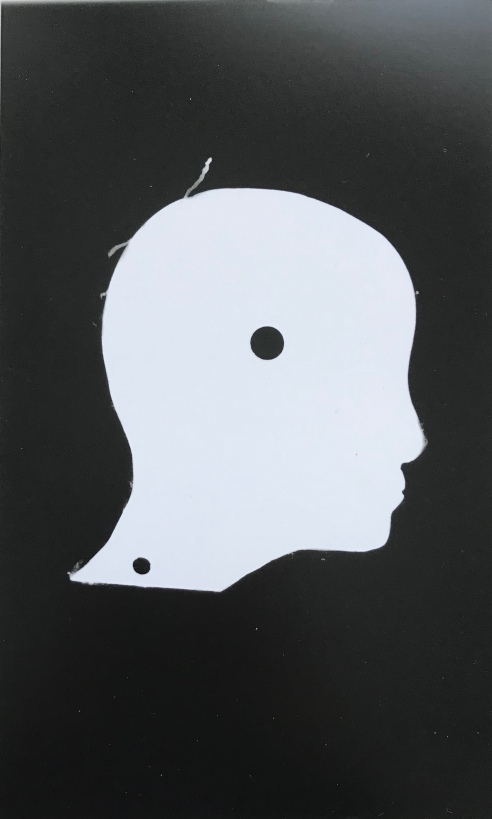