I was first made aware of this camera when I was recently in my local second hand camera shop and a young guy popped into the shop and put this model of camera on their counter asking if they had a case for it.

The chrome and black, accompanied with the really cool style lens really caught my eye and it helped having Olympus Trip 35 written on it so I knew I could do some more research about the camera online once I got home.

I found that it’s a 35mm compact film camera (which means it doesn’t have interchangeable lenses) and was produced from 1967 (hence the cool design) until 1984. I also discovered that David Bailey had promoted the camera in some adverts during the 1970s so couldn’t help but take a look at these on youtube.

I am too young to remember this camera originally but I can imagine it was a great travel camera back in it’s day.

I had been after a compact film camera to accompany my Pentax K1000 for times when I needed something a bit more lightweight and compact to take film photos with so I knew this was the camera for me.

I immediately decided that I wanted an Olympus Trip 35 with a chrome shutter button as I personally preferred how that looked overall on the camera.

These cameras are very common (because so many were produced) so they are very easy to get hold of. They can also be bought quite cheaply from £5, with the price increasing with older models and if they’ve recently been refurbished.

Within an initial enquiry to all my local second hand camera shops, they all had one in stock but unfortunately all with the black plastic shutter button.

In the end I purchased mine on eBay for less than £40. It came with the case, original instruction manual and a miniature flash (which still works!) so I was really happy with my purchase.

The only slight flaw with the camera (hence why I think it wasn’t for sale at a higher price of around £70-£80) was that the light seals needed replacing. I wasn’t put off doing this myself as I found a website http://www.cameramill.co.uk/product/olympus-trip-35-light-seal-kit/ where I could purchase a light seal kit for £4.20

This website also provides two lots of the kit (in case of any mistakes) and instructions about how to remove the original light seals and fit the new ones. I found it really easy to replace the old light seals and my camera works great.

The camera overall is automatic and by that I mean that you turn the lens to single person, group of people or landscape mode to take a picture. It takes some practice to make sure your standing at the correct distance for each of these modes so your picture doesn’t come out blurry. There are also aperture numbers for you to choose from if you add a flash to your camera that you would pick instead.

If you’re not using the flash, the camera requires well lit conditions to work as it is has a solar-powered selenium light meter. The shutter will not fire if it’s too dark and a red flag will show in the viewfinder to confirm this is why the camera won’t work.

Overall this camera is great for a simple point and shoot camera without having to put too much thought into taking the picture. I can see why it had ‘Trip’ in the title as I can imagine it’s a great travel camera.

When I got my first roll of film developed I was amazed at the quality and sharpness of the photos. To be honest, I wasn’t expecting great photos because of the camera’s simplicity but it clearly has a really good lens.

I discovered online that this camera is very popular and there is a little cult following for this camera. There is a great website http://www.tripman.co.uk who is dedicated to the Olympus Trip 35 camera and you can buy refurbished camera’s through them too.

Here are some photos I’ve currently taken on my trip: 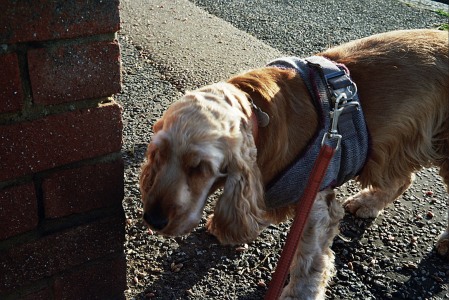